This has been a big project and is foundational for a number of features we are excited about for the future. We’ll have more to share on that front towards the end of the year.

The VR launcher will include an app menu UI (see Figure 1 below), UIs for settings such as Wi-Fi and controller settings (see Figure 2 & 3 below), and a quick access menu that opens on pressing the home button on the controllers (see Figure 7 below).

Admin users of ArborXR will be able to remotely configure the VR launcher via the web portal to ensure end-users only have access to what they need. For example, the apps and settings that appear to end-users within the launcher will be remotely configurable via the portal (see Figure 4 and 5 below). This prevents end-users from accessing non-relevant apps and settings such as the app store, browser, and device settings. Likewise, the launcher logo and background environment (360° image) can be customized so end-users have a branded experience (see Figure 6 below).

Since the VR launcher includes a quick access menu that appears on pressing the home button on the controllers, end-users will not be able to escape the launcher and access non-relevant apps and settings.

Here is a screen recording of the VR launcher in action. Note that this was recorded on the Pico Neo 3 but it is being built to support the Pico Neo 2 and VIVE Focus 3 as well. 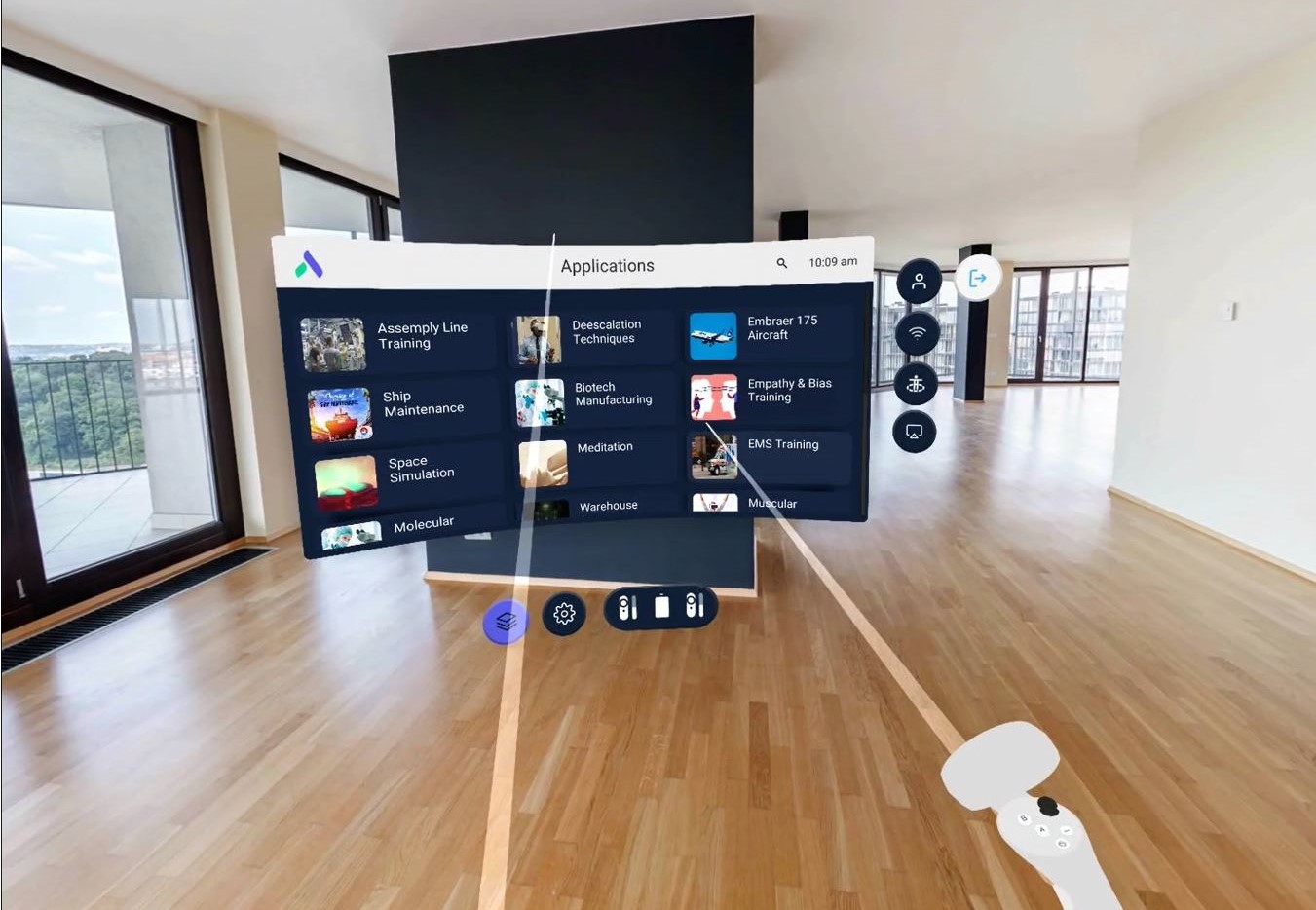 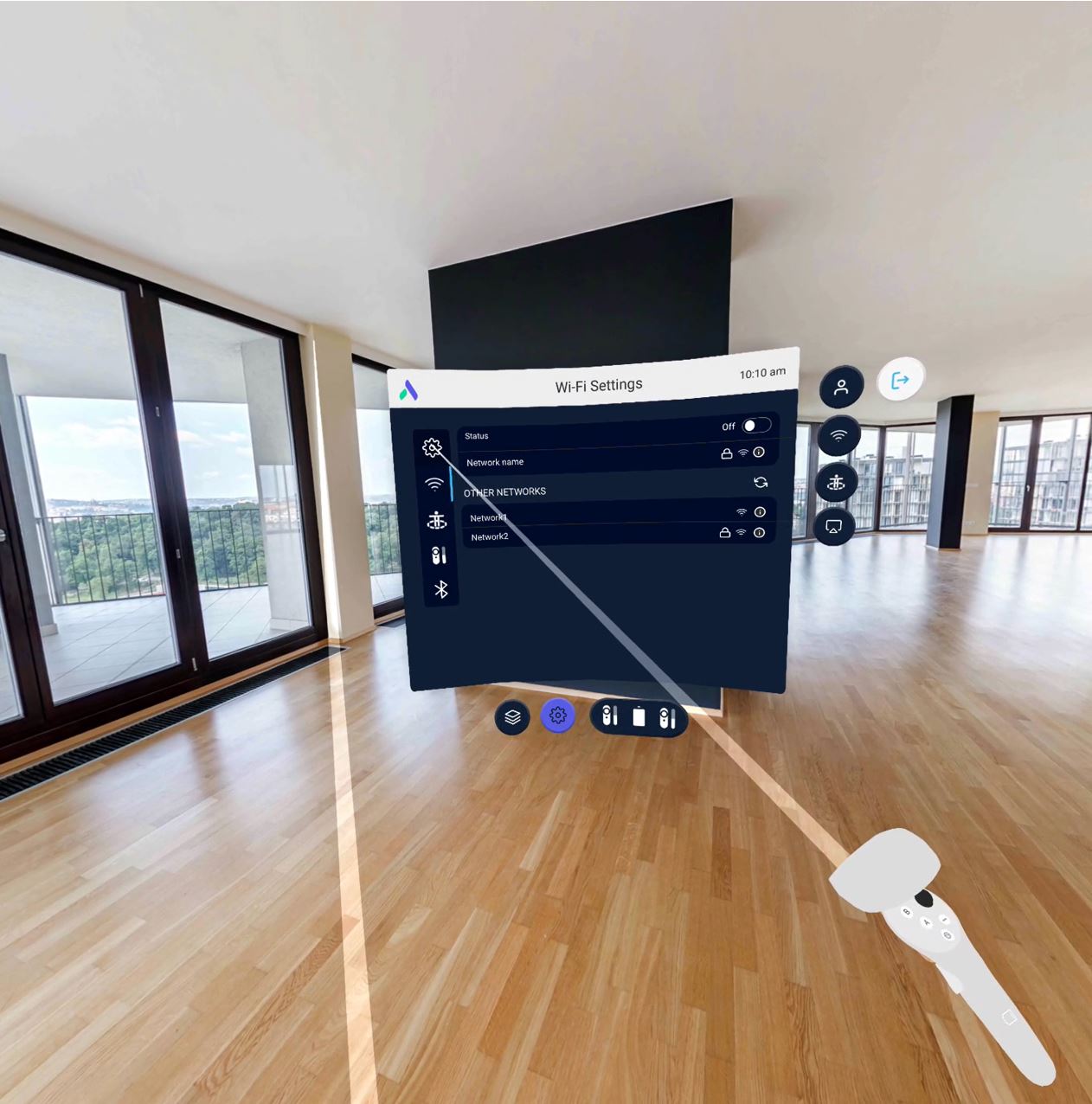 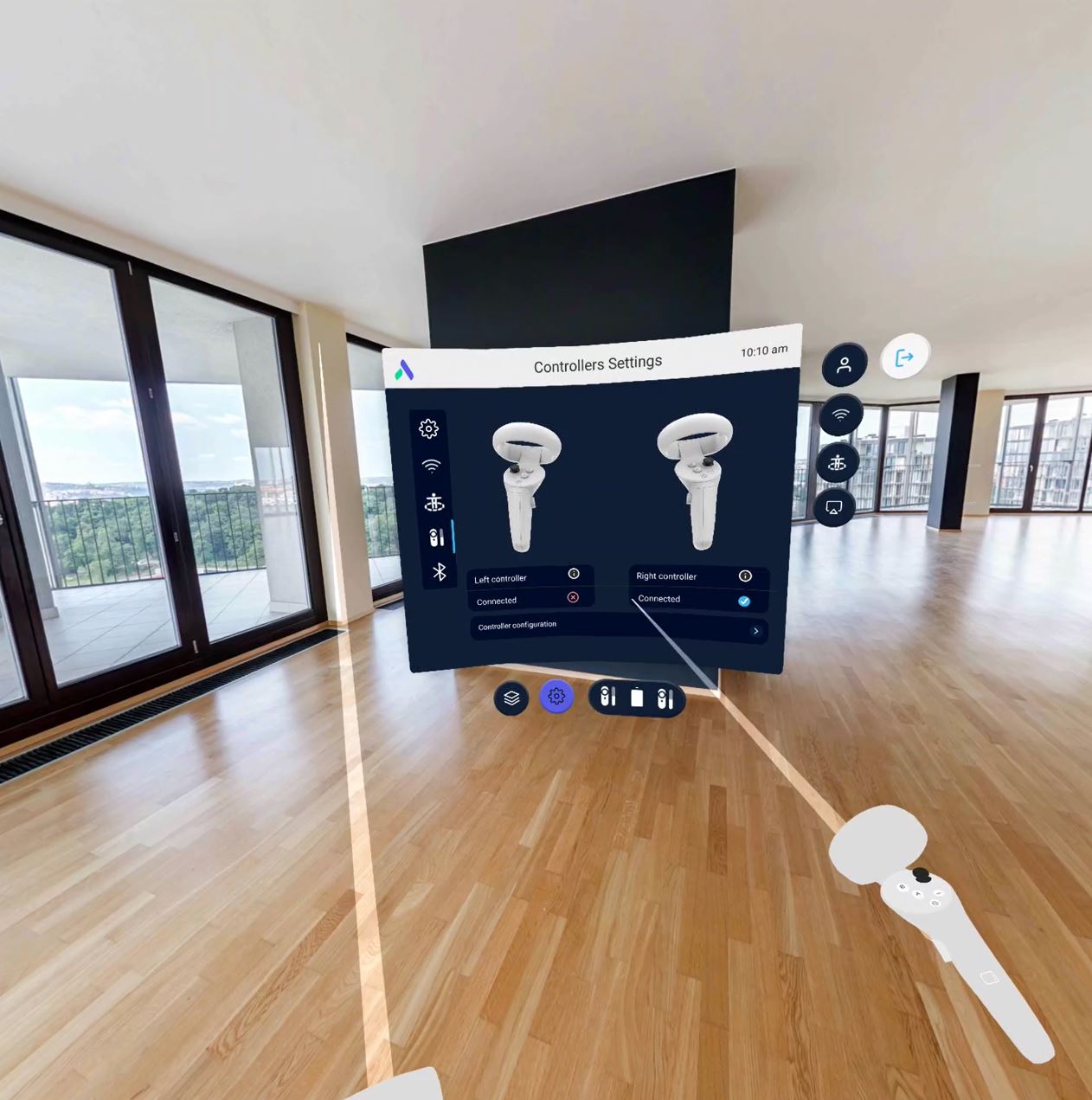 Figure 4: Configure apps to display in the VR launcher via the ArborXR web portal

Figure 5: Configure settings to display in the VR launcher via the web portal 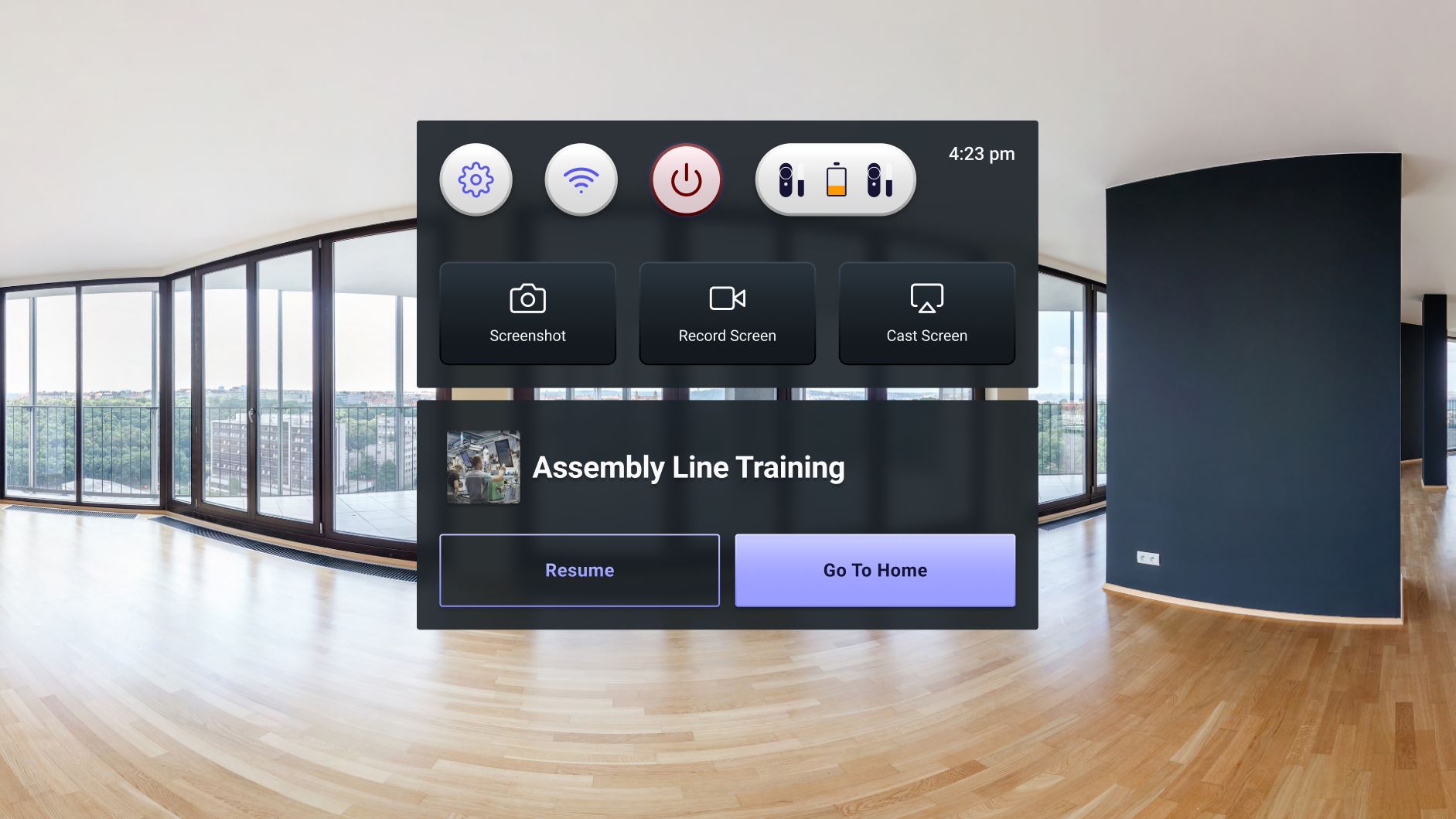 Figure 7: The quick access menu which appears on pressing the Pico or VIVE “home” button on the controllers