With this optional add-on feature, end-users will be required to login and authenticate themselves in VR before gaining access to ArborXR's Custom launcher. This is being built to support common SSO standards such as OpenID Connect (Oauth2) and SAML v2. End-users will be able to sign in with their existing company credentials rather than creating an account directly with ArborXR. 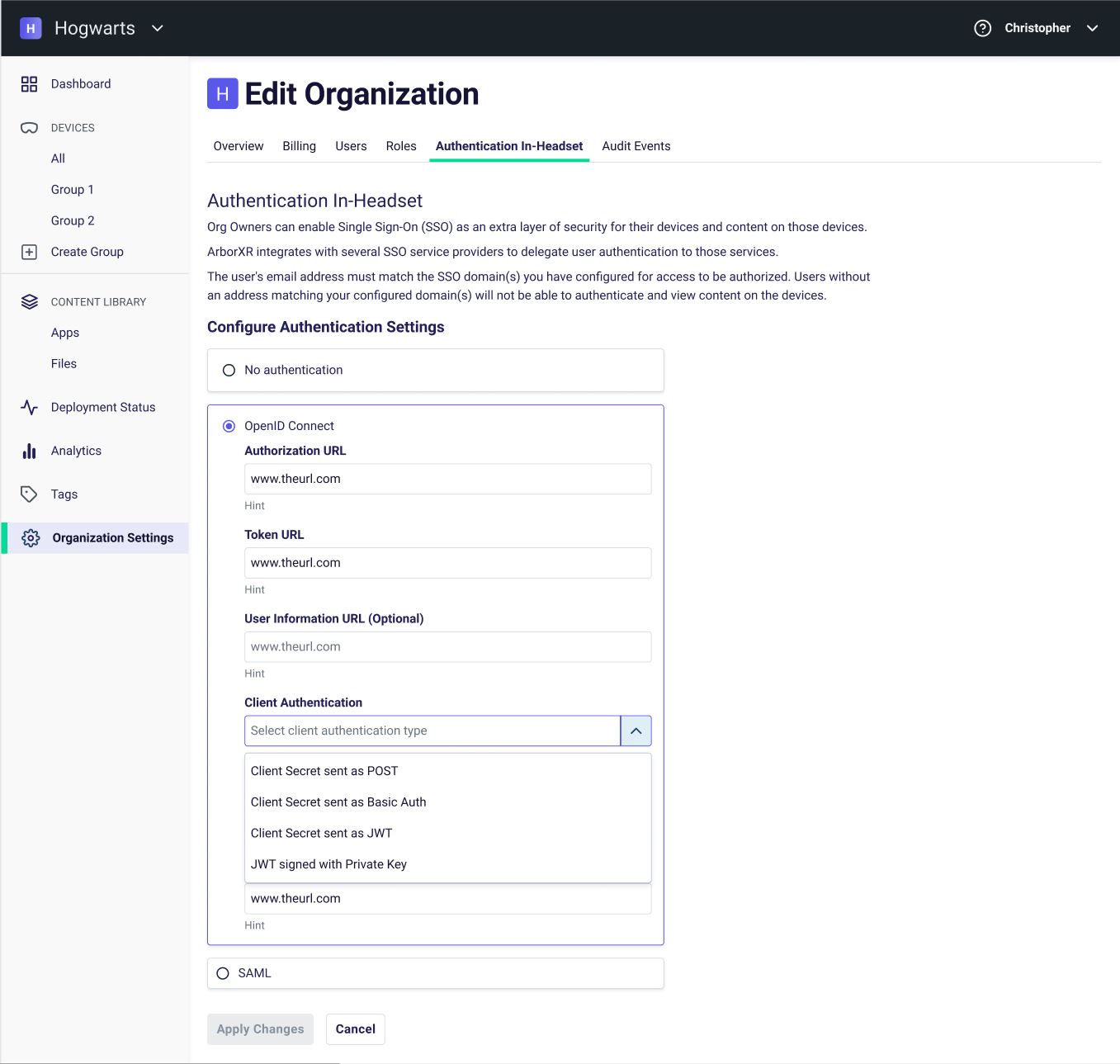 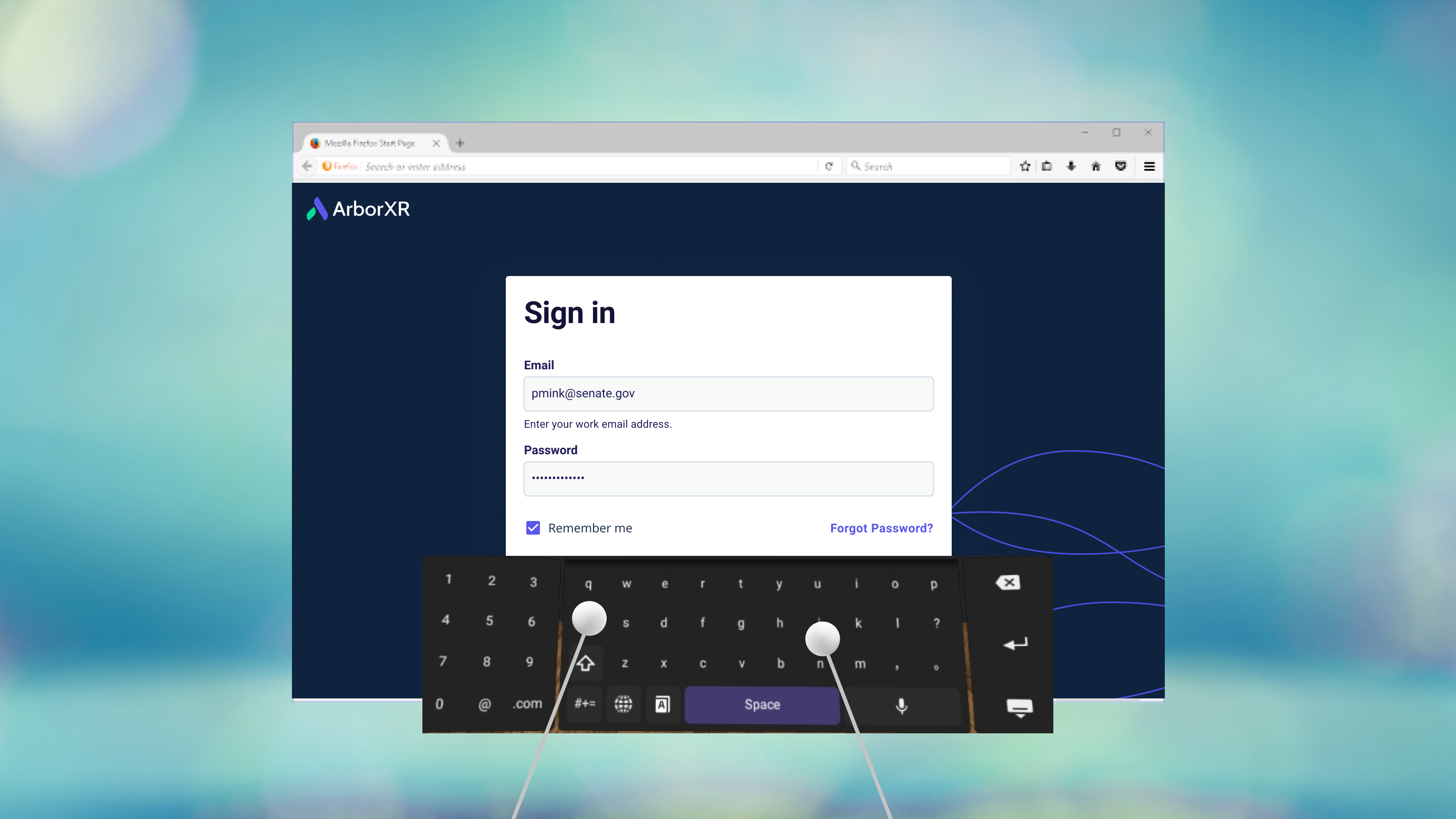